After several tries at a particular spot on Hoover Reservoir, I finally got a decent sunrise time lapse. It’s not the most epic video, but it did capture the sense of awakening I was looking for.

My previous attempts at shooting a sunrise time lapse at Hoover Reservoir this summer have been unsuccessful. From picking an exact location to inadvertently broadcasting a siren call to water fowl,  things just wouldn’t click. This time I had the spot I wanted, the clear weather I wanted and a miraculous dearth of ducks.

Because of all the rain we’ve had this summer, the reservoir is overly full. The water covers what is usually the summer shoreline and as a result some trees and bushes are 10 feet (3 meters) or more from dry land. At this particular spot a small bush that’s sitting out in the calm pre-dawn water got my attention. One improvement I’d like to make is aligning the sunrise with the bush. Another is possibly light painting the bush.

The time lapse below is 946 shots taken 5 seconds apart over about an hour and twenty minutes played back at 24 fps. It was shot with a Rokinon 12mm f/2 lens set to f/8 and ISO 160. Exposures ranged from 5 seconds to 1/1600 of a second. ISO 100 required 6 second exposures and I wanted a 5 second interval so I bumped it up to 160. I also used a 3 stop graduated ND filter, but it wasn’t necessary. A reverse ND graduated filter would have been better. I set the EV to -.7 because it’s easier to lighten a dark image than darken an over exposed one.

I used the Photographer’s Ephemeris app to try to align the bush with where the sun would appear over the hills, but missed it by that much.

Once the sun had risen, there were birds flying everywhere. To de-bird the finished time lapse video, I made a duplicate of the video layer, offset it in time by one frame and set the layer mode to lighten. Poof, no more chaotic bird silhouettes. This even removed or at least reduced the ducks in the water in the foreground too. 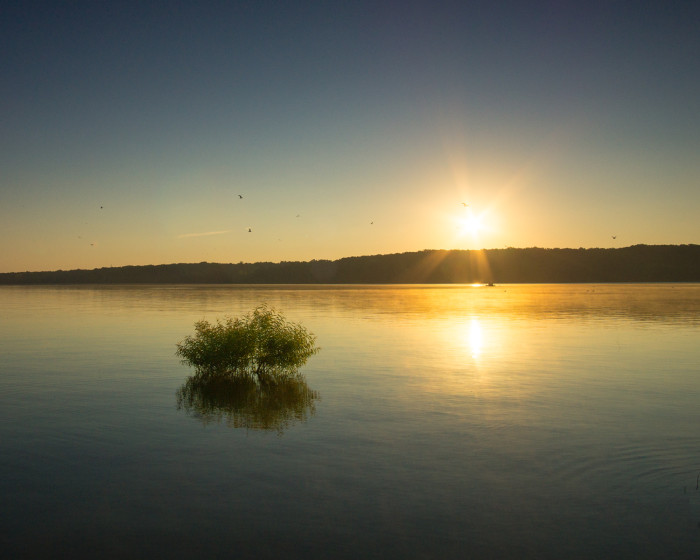 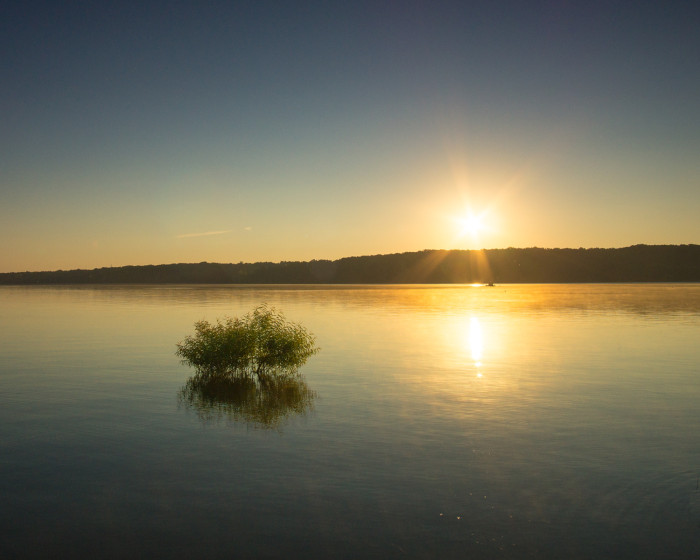 The music is the same piece I wrote for some previous time lapse videos – just me messing around on guitar. I should probably come up with something new for the next one.